Unheard of! For Ravenna Animal Hospital’s March pet of the month, we have instead chosen two, yes, TWO pets of the month. Siblings Bobby and Otter have only been together for a couple of months, but are already besties. They charmed everyone when they came in to see us this month, now let them charm you! 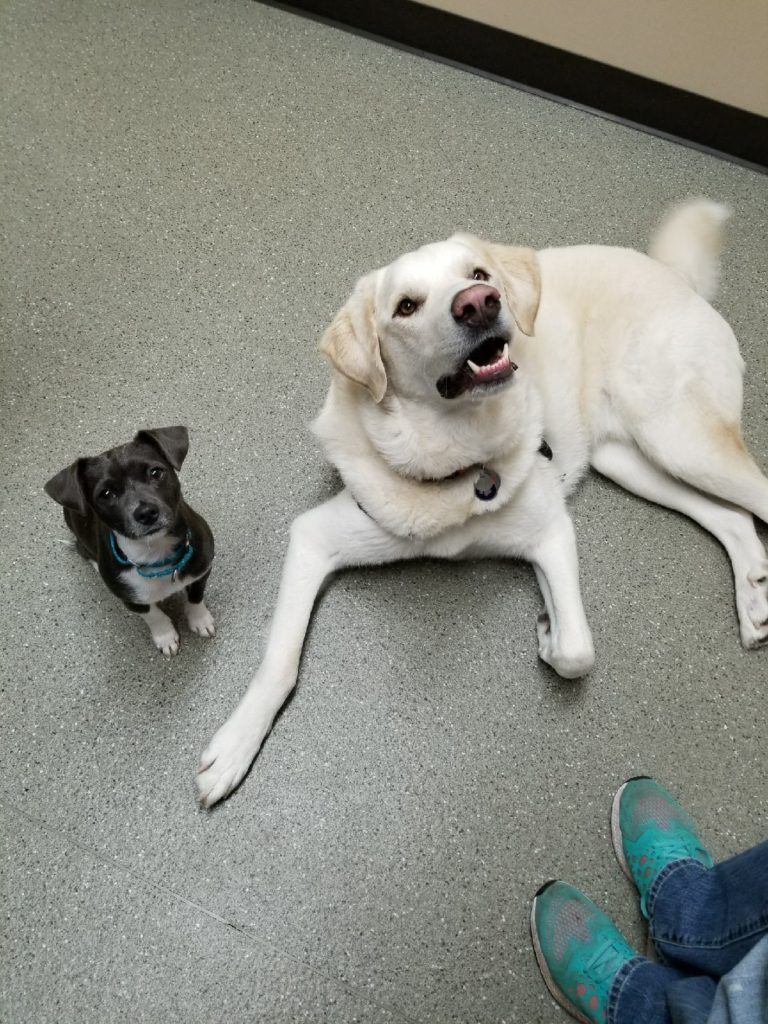 Bobby –
What is your pet’s…
Species: Dog
Breed: Yellow Lab and Great Pyrenees
Age: Almost 3.
Favorite Toy: Otter!
Favorite activity: Sleeping and barking at crows.
Favorite Treat: All of them!
Favorite Spot in Your Home: Tiny orange chair that is way too small for such a giant beast.

About Bobby: Bob was an owner surrender outside of Houston, TX. We think he was a failed farm guardian. He was pretty wild when he first arrived, but has settled in very well and loves having Otter to boss around. He is very tolerant of her. Bobby has a desperate need for affection.

Otter –
What is your pet’s…
Species: Dog
Breed: Chihuaha, Jack Russel, Mini Schnauzer, Pug, Pit.
Age: About 1
Favorite Toy: Bobby
Favorite activity: Trying to get Bobby to cuddle with her.
Favorite Treat: Bobby’s food.
Favorite Spot in Your Home: On top of Bobby when he gets stuck in his tiny orange chair and can’t knock her off with his paws.

About Otter: Otter was found along the freeway in Houston after Hurricane Irma 2 months ago. We aren’t sure what her story is, but she is very sweet and was so happy to arrive in January to a big white fuzzy dog to sleep on. 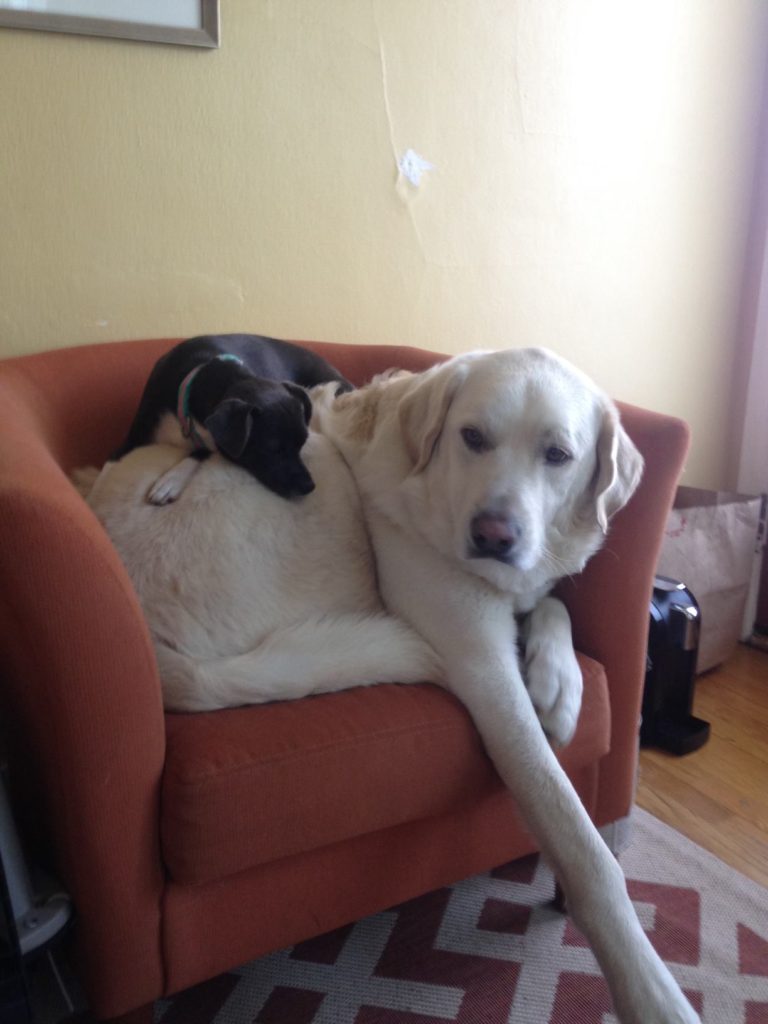